According to data announced during the Turkish Startup Ecosystem Q3 2021 last month, Turkish startups have raised $150 million (TL 1.38 billion) through 69 investment deals in the 3rd quarter of the year.

With this, the total investment amount in the first nine months was brought to $1.4 billion, raised through a total of 206 deals.  Total deal volume skyrocketed by 1,770% year-on-year, while the number of deals was up 49%.

According to Daily Sabah, one of each five investments poured into game startups from January through September. A total of 40 gaming deals were sealed in the first nine months.

All in all, the ecosystem has achieved its largest figures in both the number of deals and deal volume.

The record funding in 2021 catered for an eye-catchy increase in the “Turkish Billion Dollar Club”, which now has 5 members including Dream Games, HepsiBurada, Getir, Peak Games, and Trendyol. 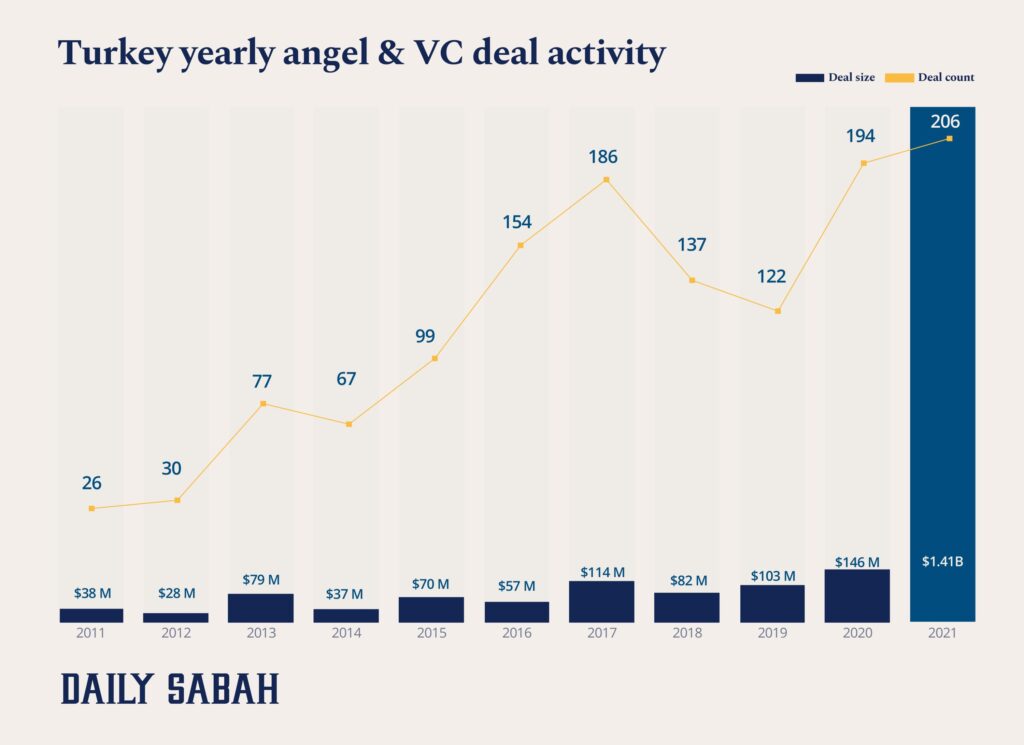 HepsiBurada Becomes First Turkish Company to be listed on the NASDAQ July 8, 2021